Russ Whitney’s many business achievements include founding and building one of the largest and fastest-growing publicly-traded financial education companies of its type in the world. At its pinnacle, that organization’s annual revenue reached $250 million and it provided jobs and career opportunities to more than 2,000 people in seven countries. 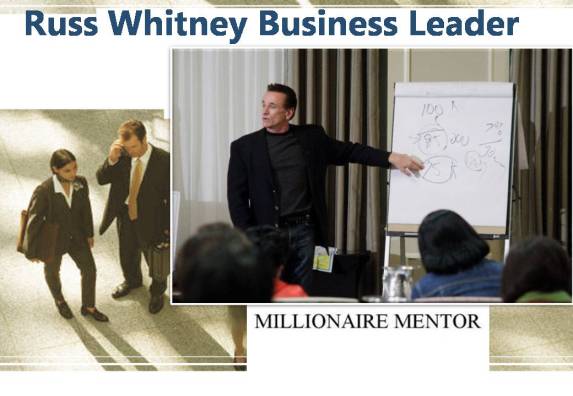 In The Millionaire Real Estate Mindset, Russ Whitney asks, “Why isn’t everyone rich?” and perhaps more important, “Why aren’t you rich?” What is missing in most people’s real estate strategy, Whitney says, is the millionaire real estate mindset. And, in this book, he tells readers exactly how to develop one.

Whitney is a personal, business and strategic advisor to numerous prominent companies, CEOs and investment advisors both nationally and internationally. He has also served on the board of directors for several private, public and non-profit corporations.